SOLAR SOLUTIONS
DESIGNED FOR THE AFRICAN MARKET
GET IN TOUCH

IS IT POSSIBLE TO GENERATE POWER FROM SOLAR PANELS DURING THE NIGHT? THE POSSIBILITY EXISTS!

Stanford University researchers have found that solar panels could still produce a small amount of electricity despite the lack of sunlight. Furthermore, in the not too distant future, solar panels will generate electron flow even in darkness.

Currently, this idea is in its infancy, with only prototypes showing proofs of concept developed. In any case, the science is robust, the math is sound, and engineers are becoming more and more raved about it.

The idea that a solar panel can produce electricity using anything other than direct sunlight seems counterintuitive at least until you learn more about radiative cooling.

Possibly How It Would Work

As you most likely know, photovoltaic (PV) panels are just giant photodiodes. The electrons work by being bombarded with photons constantly, which results in a constant flow of electricity throughout the substrate (most commonly silicon).

The number of photons during the night is nowhere near as great as that needed for the generation of electricity. On the other hand, the Earth’s surface emits heat into deep space. 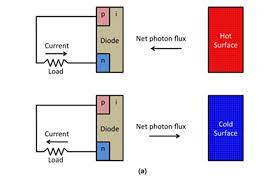 The use of this type of heat could-again, theoretically-be used to excite a diode that responds to infrared heat energy rather than photon wavelengths. Several industrial environments have already proven thermoradiative cells to be efficient at using heat energy to generate electricity on their own. In general, getting the concept to work on residential and commercial-scale renewable energy is a much tougher task than it seems.

We’re ready for the future of solar power at Iseli Energy.

Solar power’s potential for quantum leaps gets us excited more than anything. If and when solar panels that produce electricity at night become available, we will be first in line to offer you these products. In the meantime, we strive to provide business owners with high-quality products that will satisfy their customers. Learn more about our products and services by contacting Iseli Energy today.

Commercial And Utility-Scale Solar Panels Made With Mono-Perc

Solar Inverters – What Do They Do?

How Solar Power Works From Morning to Night

OUR PROMISE TO YOU

Contact Us
Sign Up Distributor
Manage Cookie Consent
We use technologies like cookies to store and/or access device information. We do this to improve browsing experience and to show personalized ads. Consenting to these technologies will allow us to process data such as browsing behavior or unique IDs on this site. Not consenting or withdrawing consent, may adversely affect certain features and functions.
Manage options Manage services Manage vendors Read more about these purposes
Preferences
{title} {title} {title}

Sign up to receive updates, promotions, and sneak peaks of upcoming products. Plus 20% off your next order.

Sign up to receive updates, promotions, and sneak peaks of upcoming products. Plus 20% off your next order.